Tossa Tossa and friends, what could the future be…

We all love Tossa Tossa and of course, when it comes to creating a character, other ideas come to mind. All starts with concept arts and among tryouts and researches, some interesting profiles pop up. You may already yourself have thought of other characters and so did I !

Many could happen if Tossa Tossa does well. Not only new versions of Tossa Tossa, new outfits and new accessory sets but also new friends and family.

The first character to be in the list of eventually produced dolls is Meow Meow. He is the best friend and confident of Tossa Tossa. With his beautiful afro hairstyle, he is cute, funny and so sexy ! There are several alternate heads to be seen on the concept but due to production costs, only one would happen. Meow Meow would also have a dark or tanned skin and new body type. He is a very cool guy and his outfit shows that part of his personality. He likes to be at ease but he has his style ! You may also have noticed he is a kitty and loves contact… Who would not love a kitty guy at home ?

A new family member is also a solid first character for the beginning of a line-up. Otou Tossa, the younger brother of Tossa Tossa came naturally to my mind. Even if I thought he could be more chubby, I loved the idea of a sexy geek guy with a young man body type. You know, the boy next door who loves computers and comics more than having a boyfriend but who is sexy as hell ! Otou is quite muscular and small but he is still a little bear and he needed to be hairy. He would also get an alternate head with no facial hair (to look younger) and a man bun. His glasses should adapt to both heads. 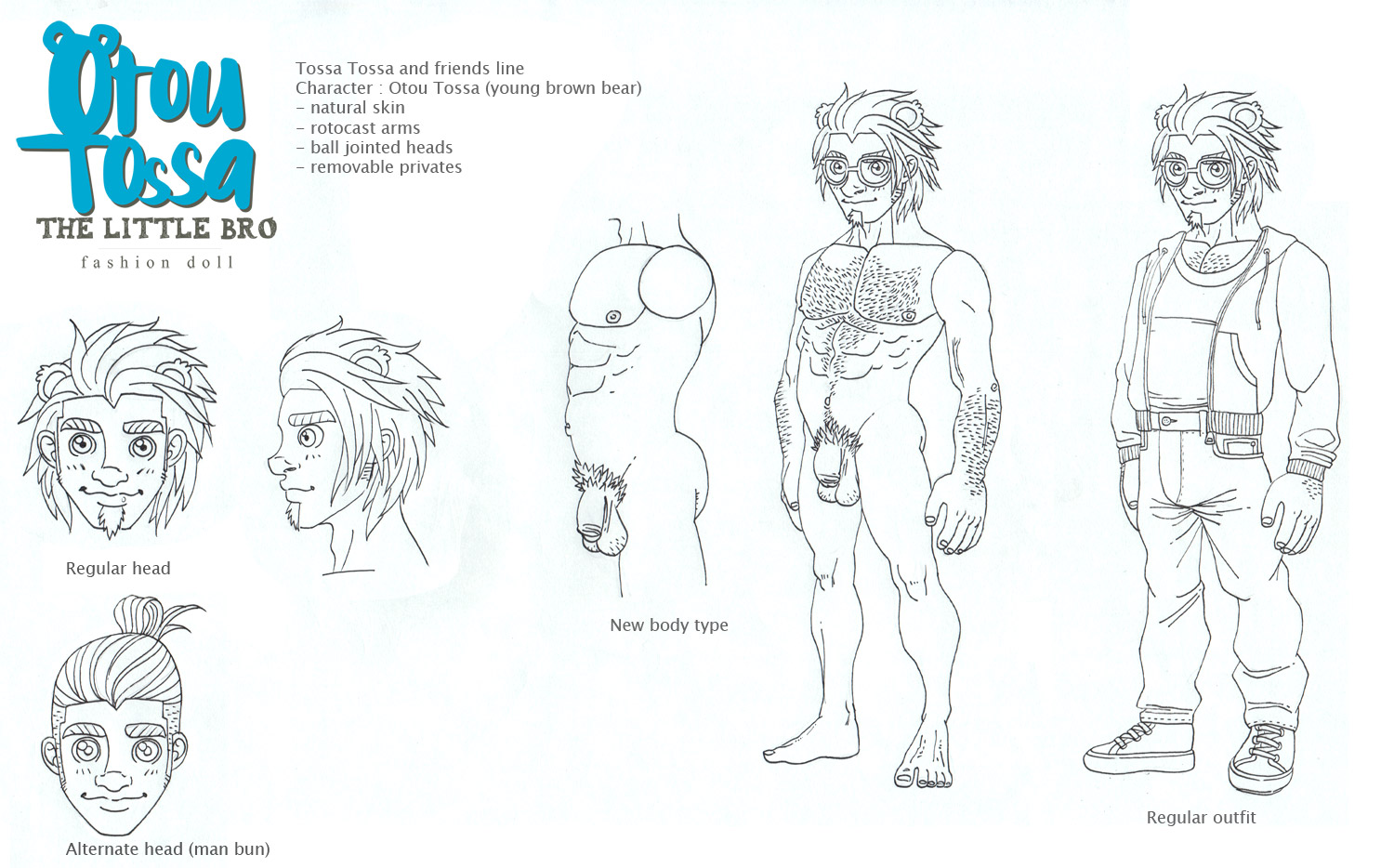 Honnestly, the Out Collector Figures team cannot wait to know what you think of these two characters. Which one do you prefer ? Would you buy them ? Also, what type of other guys would you like to see ? When the time of a second character will come, it will probably be a fan’s choice, so please leave your comments on the post, I will answer you.

19 thoughts on “Tossa Tossa and friends, what could the future be…”